South Florida Insider (www.sflinsider.net) interviews Buddy from Less Than Jake before his show at Revolution in Ft. Lauderdale.

Soooo, I just joined this community and thought I'd make some sort of post.

Hi. I've been a Less Than Jake for about...oh 8 years I estimate. I got into them through the Digimon movie believe it or not, which featured Metalheads on its soundtrack. I've seen them at Summerfest two years in a row now, and they've been awesome both time. They are definitely my favorite band, I have yet to hear a song by them I don't at least like. My favorites are always changing, but overall I'd have to say my favorite record is Losing Streak. I have way too many songs I like to name, but most recently I've had Mr. Chevy Celebrity and Sleep it Off stuck in my head.

Also, Roger is awesome and I wish to touch his dreads.

Hey! Just thought I'd post the pics I took of LTJ at NASS back in June. They're not the best pics in the world but hey! I'm pretty new to Live Journal and so new to this community. Been a huge LTJ fan for years though :-) 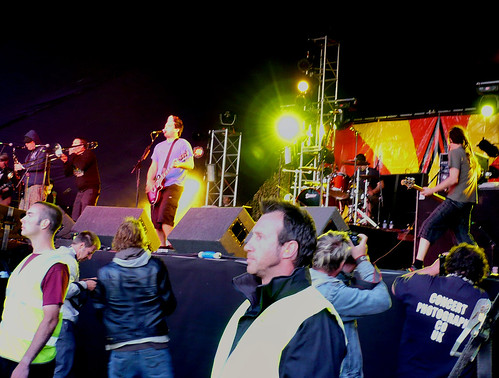 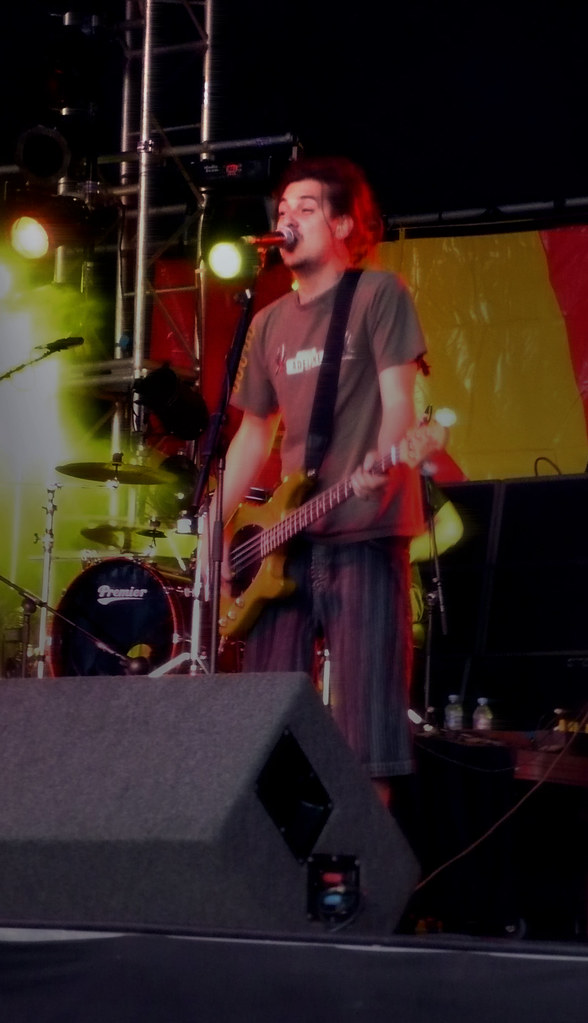 Anyone here going to the show on Saturday (7/26)? Its gonna be soooo good! Been looking forward to it for a while now!

We have an interview with Less Than Jake on Sunday! If you have questions for the band please submit them to us by no later than 4pm EST tomorrow (Saturday July 12th). Mailbag@BurningStars.net

i kinda like "the life of the party has left the building" cuz its so mellow for them but its still amazing.

who loves the new cd like i do. it's so right and it fits so perfectly into their sound. im so happy with it. Less Than Jake is doing what is right. diy all the way.
Hey There...anyone know if LTJ is the headliner on this whole tour, or do they switch off with Goldfinger?
I thought they took turns w/RBF last year,no?
Thanks!

I suggest you all head to gen79.com to join their e-team
Central Michigan University's Grand Central Magazine chats with founding member and drummer-vocalist Vinnie Fiorello about some of the bands most embarrassing on-stage moments and the significance of his tattoos.